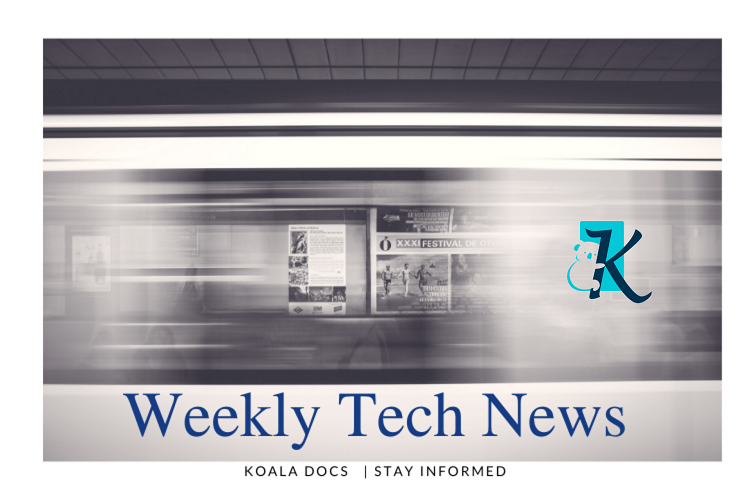 Who are the tech industry’s winners and losers in lockdown? – tech news asks. The coronavirus pandemic has been bad news for many businesses, but a blessing for others. In some countries, tech tools are the ones guarding the humans as the lockdown measures are easing – in Singapore dog robots are the ones to remind people walking in the parks about social distancing. Meanwhile, big companies are still launching measures meant to help employees and clients all over the world. For example, Twitter has allowed the staff to work from home “forever”, if they wish and WhatsApp will increase its upper limit for group videos. How these last three months have affected tech businesses all over the world and how the big tech companies are still reacting to the crisis, find out in this week’s tech news summary.

Who are the tech industry’s winners and losers in lockdown? – BBC asks.  The coronavirus pandemic has been bad news for many businesses, but a blessing for others. Some were in the right place at the right time – while others have seen the real-world trade, they rely on, shut down completely. Working from home has given a big boost to many software tools, such as Zoom, who reported to have reached 200 million users a day. On the other hand, industries like transport continue to fall – car sales are at the lowest level since 1946 and Uber is cutting thousands of jobs in its offices. Read more about who are the tech industry’s winners and losers during the lockdown on BBC Technology.

How are the countries protecting their citizens with the help of technology? Singapore is using robot dogs to remind people walking in the parks about social distancing. These robots are using video cameras to identify groups of more than two people and after identifying the groups, the robot plays an audio message regarding the social distancing measures that still need to be followed. Read more about this on BBC Technology.

Twitter has announced that the staff can work from home “forever” if they wish, as the company looks towards the future after the coronavirus pandemic. The decision came as the social media giant said its work-from-home measures during the lockdown had been a success, but it also said it would allow workers to return to the office if they choose, when it reopens.  Earlier this month Google and Facebook said their staff can work from home until the end of the year. Read more about this on BBC.com.

This week’s tech news notes that Elon Musk has a complex relationship with the A.I. community – CNBC notes. He is one of the first investors in DeepMind, he helped set up the $1 billion OpenAI research lab, and he’s often making comments about AI. The Tesla and SpaceX boss has repeatedly warned that AI will soon become just as smart as humans and said that when it does we should all be scared as humanity’s very existence is at stake. However, multiple AI researchers from different companies told CNBC that they see Musk’s AI comments as inappropriate and urged the public not to take his views on AI too seriously. The smartest computers can still only excel at a “narrow” selection of tasks and there’s a long way to go before human-level AI is achieved. Read more on this topic on CNBC news.

WhatsApp recently increased its upper limit for group video calls from four to eight, but for bigger group calls it will soon redirect you to Facebook Messenger. In late April, Facebook announced Messenger Rooms, a video calling tool that can host up to 50 participants and, crucially, imposes no time limits on calls. The share rooms can be started on Facebook, through News Feed, Groups and Events, so it’s easy for people to drop by. Soon, they’ll be added also ways to create rooms from Instagram Direct, WhatsApp and Portal. Find out more on this subject on Trusted Reviews.